Windows on a Mac

Fusion, Parallels, VirtualBox, or Boot Camp?
Believe it or not, getting Windows on a Mac is much easier than it used to be. Because Apple now uses the same computer chips as PC manufacturers, there are a lot more similarities between Apple Macs and Windows PCs, which gets us off to a good start. In fact, you now have some real choices about how you get Windows on a Mac. We are happy to help you do this, or, if you have already done so, but have run into difficulties, we can assist you.

Running Windows applications on a Mac but without Windows

Actually, perhaps the first thing to say is that it is possible that you don’t need to run Windows in order to run a ‘Windows-only’ application!

Because that is usually the only reason why people need to run Windows at all; because some application they need to use only runs on Windows. And for the sake of that one application, it seems that a whole Windows environment, using up your Mac’s memory and storage space, possibly even making your Mac less secure, needs to be foisted on your poor Mac. But no, it isn’t necessarily so.

Have a look at Crossover Mac by Codeweavers. If it can run your Windows application you will have saved yourself the cost of a Windows license, which you will also need to legitimately run Windows on your Mac. However, Crossover Mac does not by any means support all Windows applications, certainly not versions of Office from 2013, 2016 or Office365, or new applications that one might purchase through the Store on Windows 8 or 10. But you can [eafl id=3144 name=”Crossover Mac” text=”download the trial”] and give it a try.

Windows on a Mac – to run any Windows software

If you do find that you need to install the whole Windows environment, there are two further approaches to this problem:

There are advantages and disadvantages to each approach, and the virtual option should not be assumed to be somehow second best just because it is virtual rather than physical.

With the virtual approach Windows runs on your Mac within the Mac system and any applications that run in Windows can be accessed as if they were just another Mac application. You can even have their icons in your Dock. Windows runs and uses a virtual hard disk that is really just a big file on your Mac. It also is allocated some of the RAM memory that would otherwise be available to the rest of your Mac system. It can access some of your folders on your Mac, so it is easy to pass files from Mac to Windows. And properly configures it can access the internet, usb disks and your printers. You can also backup the whole virtual system, and if the system goes wrong you can easily replace it with your backup, just by copying the backup back.

To get a virtual Windows installation up and running you need one of these softwares and a Windows installer disk (usually a retail disk, or a Microsoft ISO, not the one that came with a particular PC). 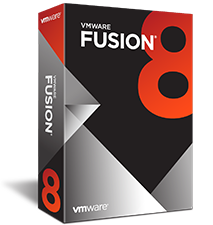 Make sure your Mac itself is up to the job. It should be running OS X 10.9 (Mavericks) at least, and although the Fusion website says it will run on a Mac with just 2 GB of RAM, a minimum of 4 GB really is recommended!

Again, your Mac should be running OS X 10.9 (Mavericks) at least, and the Parallels website recommends 8 GB of RAM, though it will run with just 4 GB.

Virtual Box is not commercial software, but can run Windows on a Mac very well all the same. RAM requirements are similar to Fusion and Parallels, but older versions of the software can be downloaded if your Mac is running an older version of OS X.

Fusion offer tools to Fusion 8, if you have an old one you want to run on your Mac. The converter is a free utility*, and if you are prepared to jump through a few hoops, you can use it to create a virtual machine that you can use on Virtual Box, and probably Parallels (we haven’t tried). Parallels have their own software for doing a similar job, but really is just for Parallels. These methods are useful if you have an old PC, but not the Windows installer disk. Run Belarc on the PC first so that you have a record of all the Windows and software licenses, remembering to save the resulting html file to a USB disk for future reference.

Finally, there’s Boot Camp, which will allow Windows to be installed so that you can choose whether to boot into Windows or OS X when you start your Mac. Your Mac becomes a real, not virtual, Windows PC!

Boot Camp may seem like a clunky approach to running Windows on your Mac because you are not running your Mac OS at the same time. But while running Windows through Boot Camp, Windows is able to utilise all of your Mac’s resources, including all its RAM and graphics card (useful if you are playing games). When you pop in a USB disk you don’t have to think ‘is this being mounted in Windows or in the Mac system?’ And Window’s access to your network is direct, not via the shared connection presented by OS X which a virtual install of Windows would need to negotiate. Consequently Windows will run faster.

Sometimes problems with the virtual set-ups can be difficult to fix, because two systems are being diagnosed for the source of the problem. But a problem with Windows in a Boot Camp installation is usually a Windows problem, pure and simple. Having said that, a virtual installation of Windows is easier to backup and restore.

*Vmware converter: free, but hard to find, look for “converter standalone” on the Fusion site, and you will have to register to download. Also, the download button does not work in Chrome.

Check my calendar and book me in: Macwiz Bookings.

I started Macwiz back in 1996 as a graphic design business using an Apple Macintosh computer as my primary design tool.

Back then Apple technology wasn’t as common as it is now, but even so I felt that the emerging Apple tech was the sort of thing that really interested me, rather than just design.

Since then I have been helping people with their Apple devices as well as with the Microsoft and Android systems and all the other technology that have become crucial to our lives and work.

Or find me here: